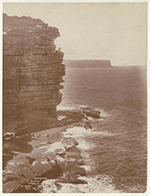 The 36th SAHANZ Conference, 10-13 July 2019 in Sydney, Australia. Distance is both conceptual and actual. It is overcome or exploited in all manner of ways that have consequences for the history of architecture. It is fostered in the critical attitude. And collapsed when history is invoked in the present. It shapes the relationship of Europe to its Antipodes, as well as of Europe to its neighbours. Its presence is necessary for claims upon disciplinarity; its absence, the dissolution of disciplinary boundaries. In what ways has distance figured in the history of architecture? What has it altered? What has it prevented? What has it allowed? What does it permit, even now? This theme opens the door to questions of representation and communication in the history of architecture; questions of travel and migration; and of the mobility of expertise, institutions and ideas. As a lens, distance allows us to reflect on the construction of identity in and through architectural works both defined as such (Architects and Architecture) and “grey”. It invites us to consider moments of counterpoint, imaging or critique. It provokes us to clarify, recalibrate, expose, suppress, or legitimise. Works, projects, architects and other agents in the conceptualisation and construction of architecture, cities and landscapes are, from a remove, perceived on terms different from the immediate and the close. Artefacts and ideas subjected to distance acquire something of this perspective, whether they are physically moved or subject to representation at a remove. Distance can be inconvenient; and useful. The conference welcomed original papers that explored the import. of distance for architectural history from any direction. Proposals treated a diverse range of temporalities and geographies. They addressed the consequences of literal distance for architectural culture in its history: communication, travel, mobility, isolation, exile, or technical and intellectual networks. They also considered the figurative role of distance in forms of criticality, historicity and thought. Some papers reflected on the mechanisms and nature of architectural history through such concepts as immediacy, instrumentality or relevance; or of neutralization or obsolescence.  An idea of distance was used by some contributions to think through distinctions (in disciplines, practices or institutions) between architectural history and criticism, architectural history and archaeology, architectural history and area studies, architectural history, urban history, histories of science and technology, the history of art, etc. These distinctions were also invoked in order to reflect on architecture and its neighbouring professions and practices. Similar attention was paid to the devices used by architectural historiography to manage distance: historiographical and critical nomenclature; theoretical terms and tropes; and other means of negotiating proximity. Consideration was even given to the very historiographical valence of distance – as, for instance, productive criticality or problematic estrangement. One strand of the conference theme responds to the special issue of Architectural Histories (2018) asking “What is Europe?”. The theme invokes, too, the ideas at the centre of the lecture series convened by New Zealand historian Keith Sinclair in 1960: Distance Looks Our Way; and in Australian historian Geoffrey Blainey’s Tyranny of Distance (1966). What are the effects of remoteness on an antipodean response to architecture’s historical metropole? Or of the significance of the globe beyond its “centres”? What occurs when isolation is made operative? The idea of distance, in this sense, invites self-reflection as much as advancement of new knowledge. It was therefore particularly pleasing to receive papers that reflected on distance in order to reflect on the concept of Europe and the European and its consequences for architecture beyond a strictly defined European geography. Welcomed, also, were papers that considered the architectural history and culture of Asia, Australasia and the Pacific in their global contexts. Following an immensely rewarding set of conference sessions, and the lively conversations that revolved around them, a selection of the presented papers are reproduced here as proceedings.