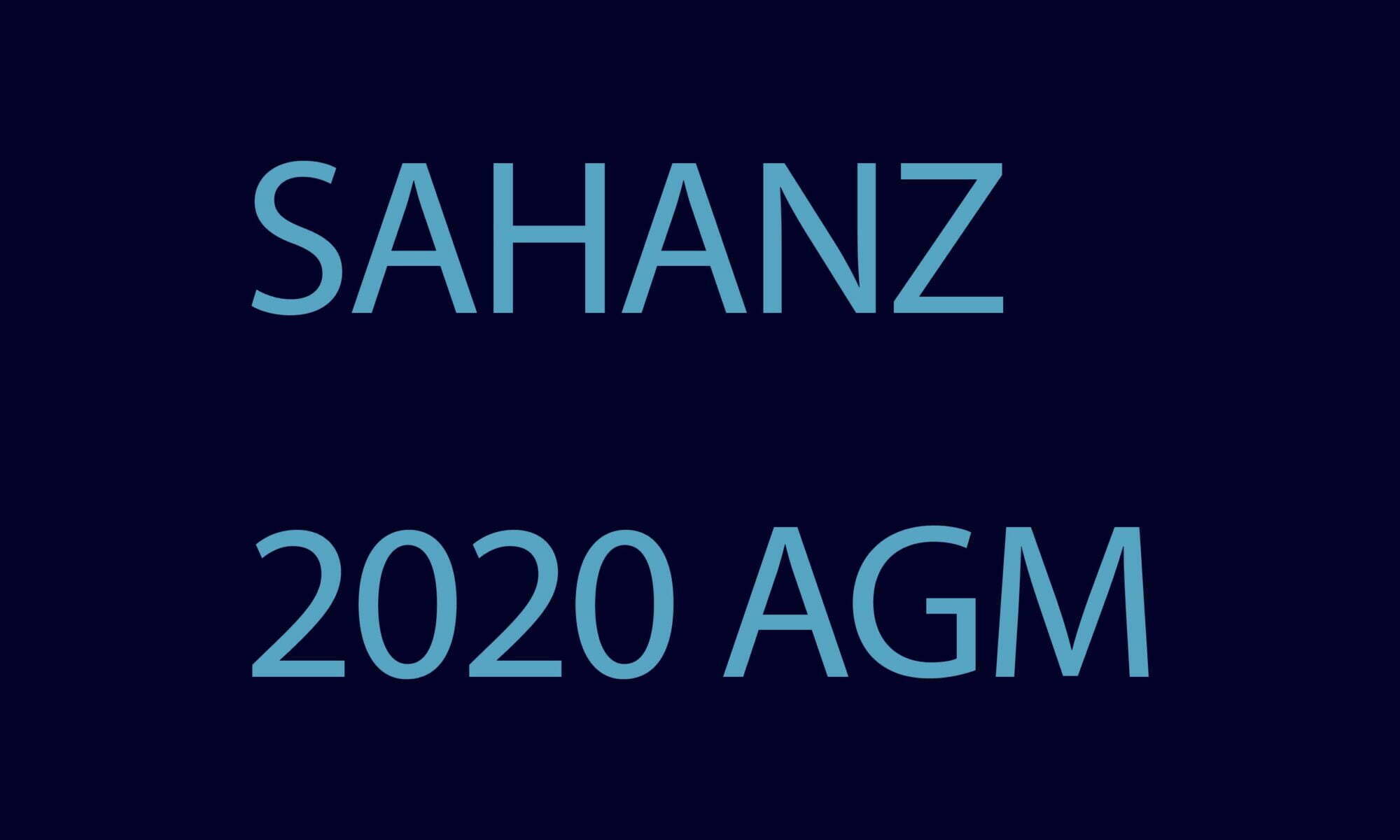 The Annual General Meeting of the Society will take place on Wednesday 25 November 2020, 2-4 pm AEDT over Zoom, as part of the 37th Conference of the Society of Architectural Historians Australia and New Zealand (SAHANZ) hosted by The University of Western Australia School of Design.

The agenda and documentation for the AGM can be found HERE.

If you are planning to attend the AGM, please ensure you are a current SAHANZ member. Click HERE for membership registration. 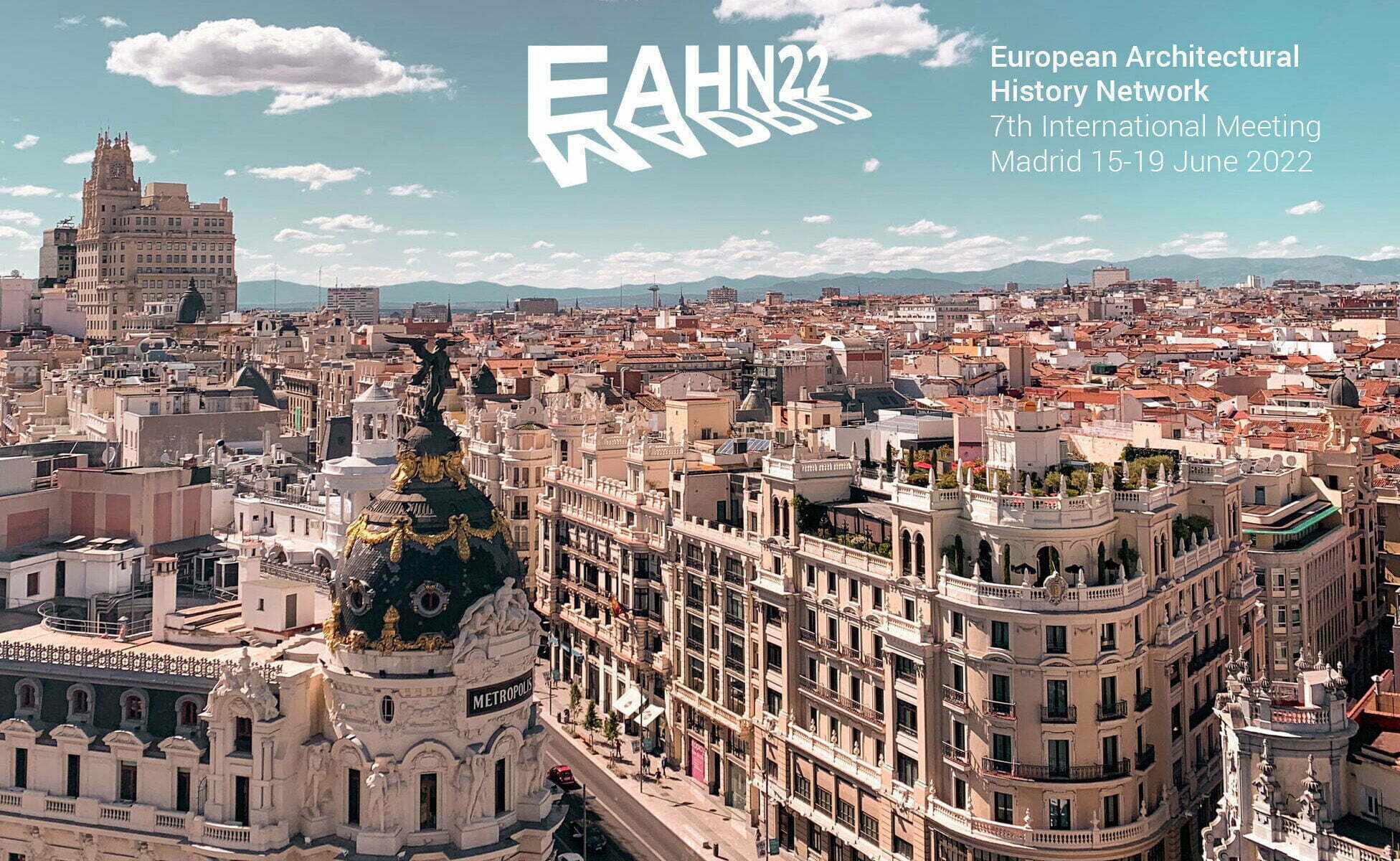 The Society calls for session proposals for the 2022 EAHN and SAH conferences, to be held in the Madrid (Spain) and Pittsburg (US) respectively.

As part of our partnership agreement with both SAH and EAHN, SAHANZ is able to put forward a session proposal to the 2020 EAHN and SAH conferences. We invite submissions from interested SAHANZ members for consideration by the SAHANZ Committee.

The aim of the Committee in offering to review proposals is to assist members in their preparation and framing as well as help to identify topics of mutual interest between SAHANZ and EAHN and SAH. This offer does not preclude members making their own direct submissions of course but is intended to take advantage of opportunities provided by our partner agreements.

Session proposals (of no more than 400 words) should be sent by 30 November 2020 to the SAHANZ Secretary (secretary@sahanz.net). Please make sure to identify which conference (EAHN or SAH) you are submitting a session proposal for. 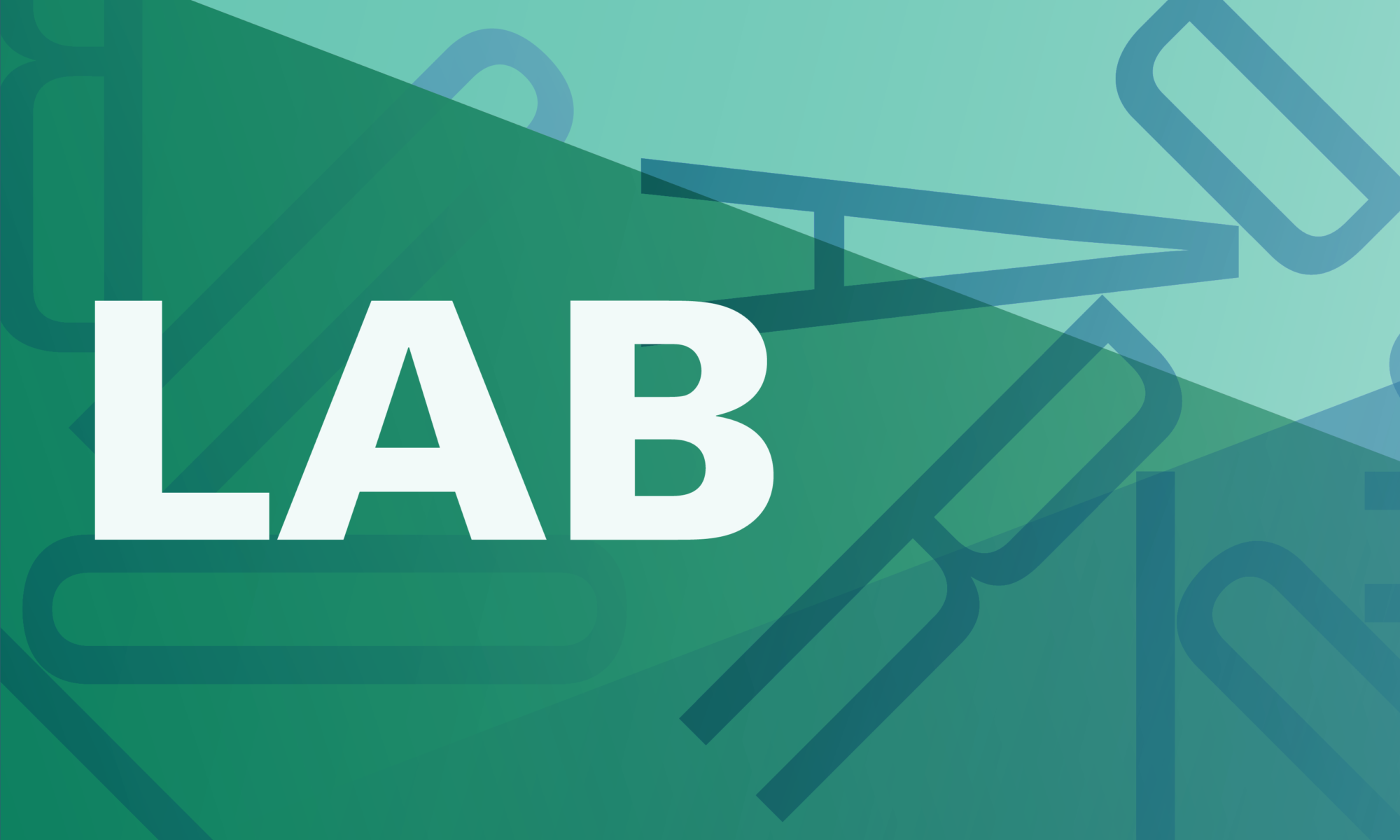 We are delighted to announce a new online event series, Parlour Lab, which brings research discussions in architecture and the built environment to the wider professional community.

Parlour Lab is presented in collaboration with Parlour, and The University of Queensland‘s School of Architecture.  The aim is is to bridge the gap between practice and research, to provide a platform for researchers to speak to new audiences and an opportunity for the world of practice to engage with research. The series is convened by Macarena de la Vega de León and Kali Marnane.

Held on Monday lunchtimes, each session will feature short presentations from an established academic and an emerging researcher, followed by Q&A session led by Macarena and Kali.

Each month two guest researchers will talk about what they do, why is it relevant and how they do it.

Watch Kali and Macarena chat about the idea here and do get in touch if you would like to be a part of this series and share your research. 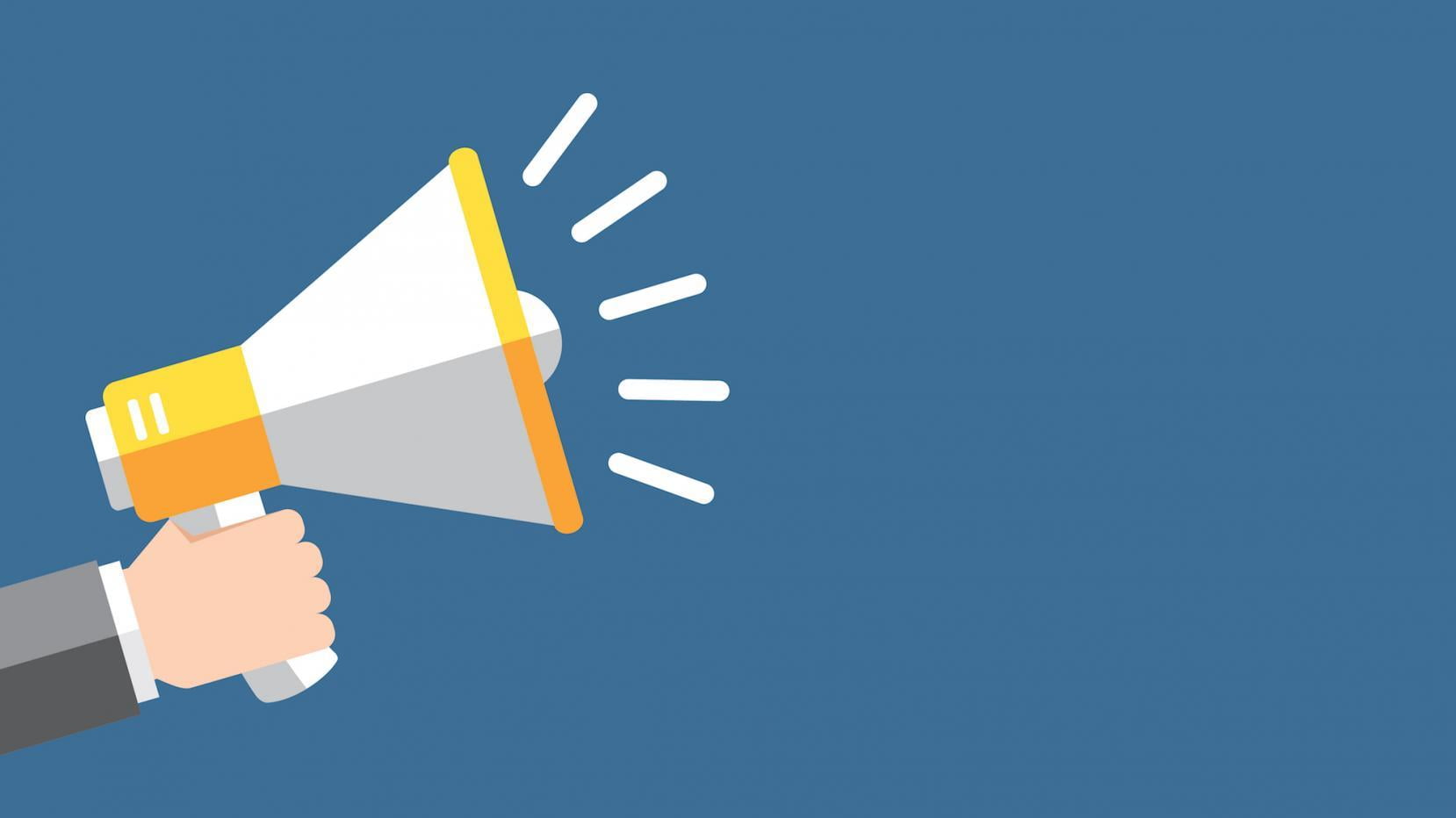 The SAHANZ Committee calls for Expressions of Interest to organise the PhD Symposium in 2021. If you would like to host it at your institution please email the SAHANZ Secretary before 23 October 2020. 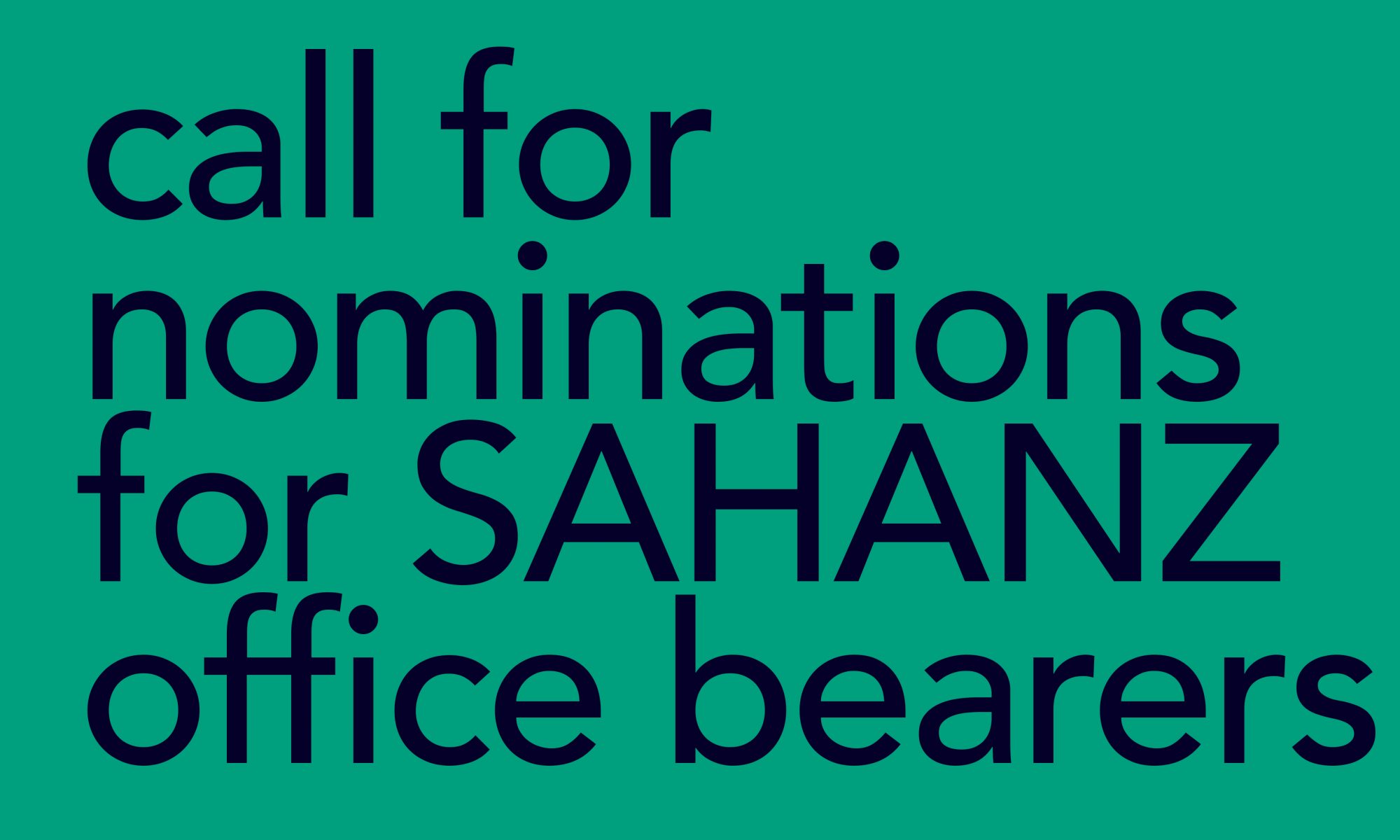 The term of the current Social Media Manager will expire at the 2020 SAHANZ AGM, to be held online on 18-25 November 2020. The role is part of the Society’s Executive (office bearer) and includes responsibility to attend committee meetings, to keep the website updated, and to communicate with the membership through monthly Newsletters, emails and Social Media (Twitter, Linkedin, Instagram). Those wishing to express interest in this role should mail the secretary at secretary@sahanz.net by 23 October 2020.

This call has been EXTENDED. New deadline is 11 December 2020. 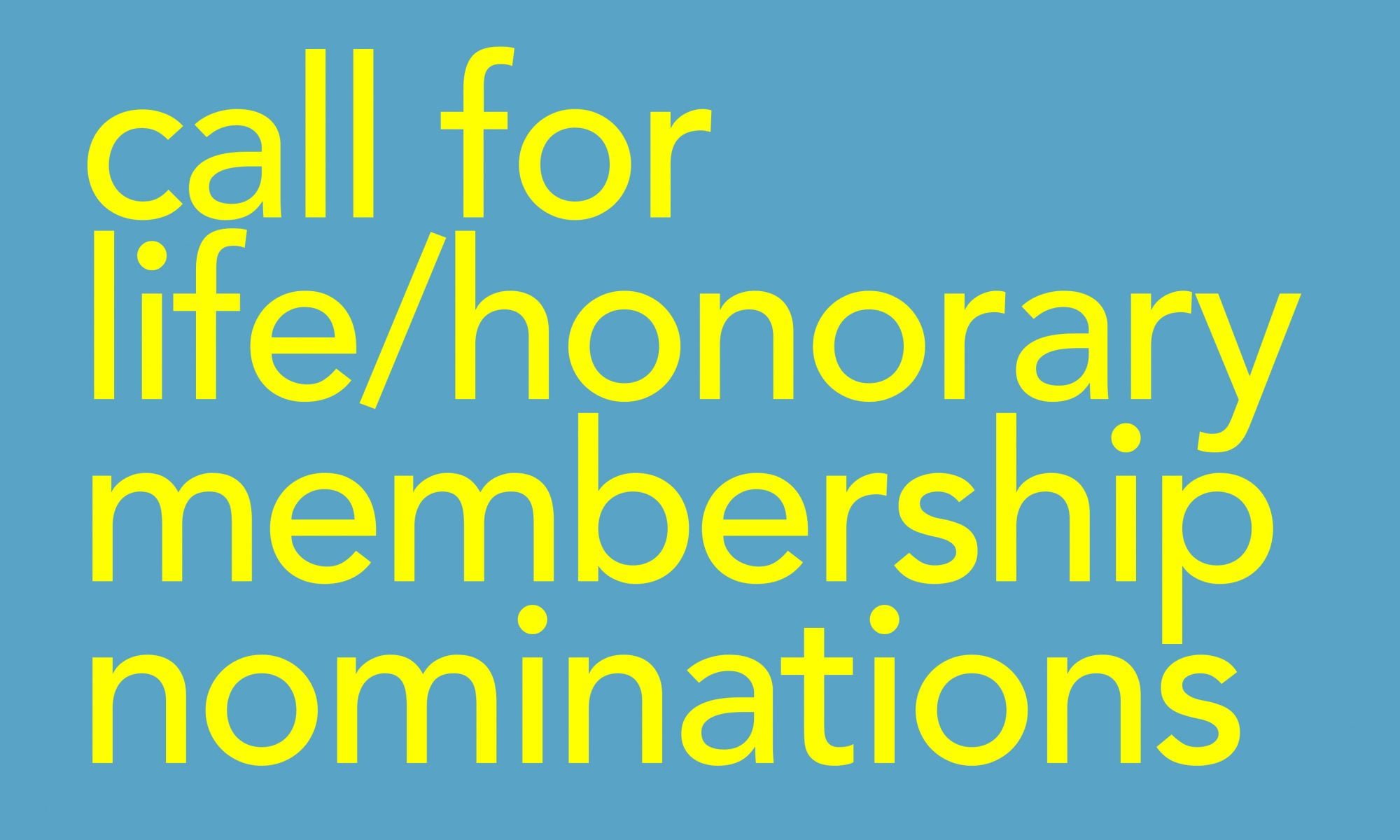 SAHANZ calls for nominations for life and honorary members of the Society. Honorary memberships acknowledge contribution to the field of architectural history in Australasia, while Life memberships acknowledge contribution to the discipline made by members of the society. If you wish to nominate someone for Honorary or Life membership, please download the nomination documents on the SAHANZ website, and submit the completed nomination to the Society’s Secretary at secretary@sahanz.net by 23 October 2020. 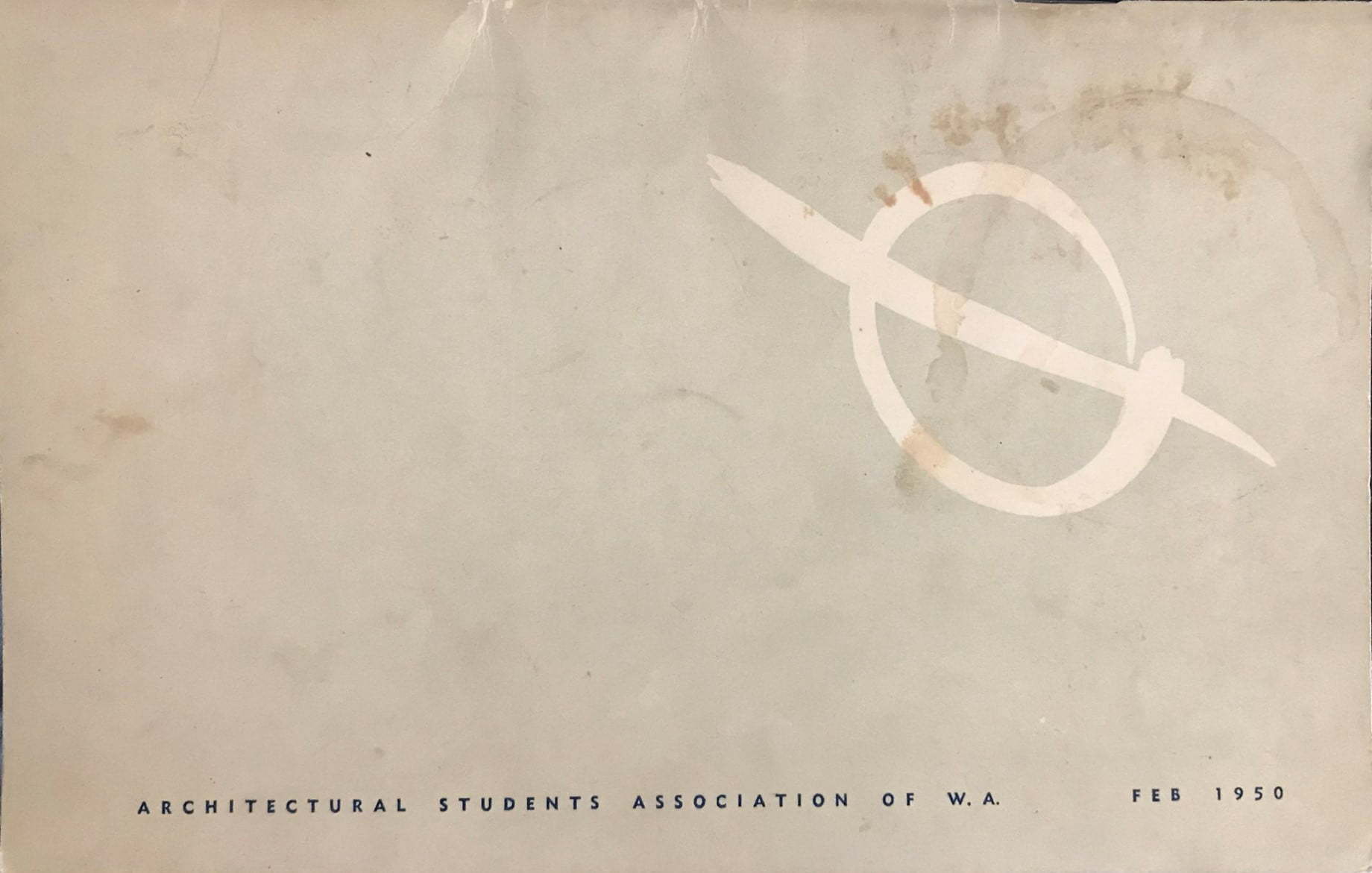 The David Saunders Founder’s Grant 2020 has been awarded to Andrew Murray for his project “Phi, Aedicule and Aspect: The journals of the Architectural Students Association of Western Australia 1950-1960.”

Murray is a PhD candidate at the University of Melbourne.

This project aims to undertake the first scholarly assessment of student journals produced by West Australian architecture students between 1950 and 1960. During this period there were three publications produced by members of the Architectural Students Association of Western Australia (ASAWA), Phi and Aedicule, along with a guest edited issue of the Aspect, the National student body journal. In the tradition of contemporary student journals like Lines and Smudges in Victoria, these were intended to both unify the student body and as an outlet for dialogue with the wider profession. All three publications were initiated and staffed by young architects who would go on to become leaders of the profession, including Gresely Cohen, the founding editor of Phi who would go on to be a national president of the RAIA.

Through an analysis of these publications, the student association, and the environment which produced them, this project will make a significant contribution to the history of Australian architecture. In particular it aims to further an understanding of how architecture was debated, understood and disseminated by the student body in the immediate postwar period. The production of student journals in the postwar period remains an under explored area nationally, and this project aims to add to existing literature on this subject, providing both a West Australian voice to the national discourse and further revealing the interconnected nature of student networks across Australia in this period. The David Saunders Grant will enable me to undertake an in-depth exploration of these journals, their position within the profession and student body, and the mechanisms which supported their production. It will also go towards the documentation and digitisation of these periodicals to be placed in State Collections, many of which remain in private archives. 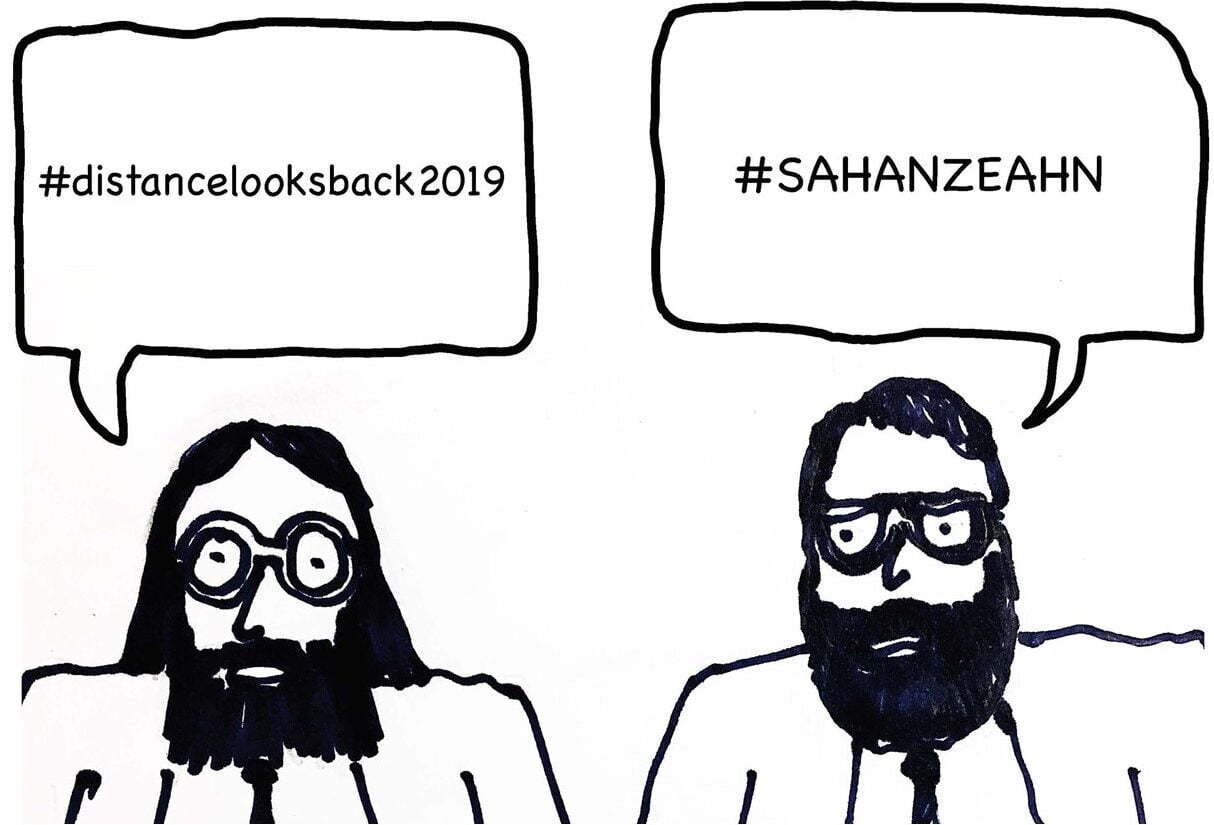 Andrew Leach and Lee Stickells look back at Distance Looks Back, the 36th SAHANZ Conference in conjunction with EAHN, held in Sydney, 10-13 July 2019, in a Position Paper in Architectural Histories: The Open Access Journal of the EAHN.

“It could never have occurred to us that distance might become the question of the moment to follow.”

The conference’s report will be published in a forthcoming issue of Fabrications: The Journal of the Society of Architectural Historians, Australia and New Zealand. 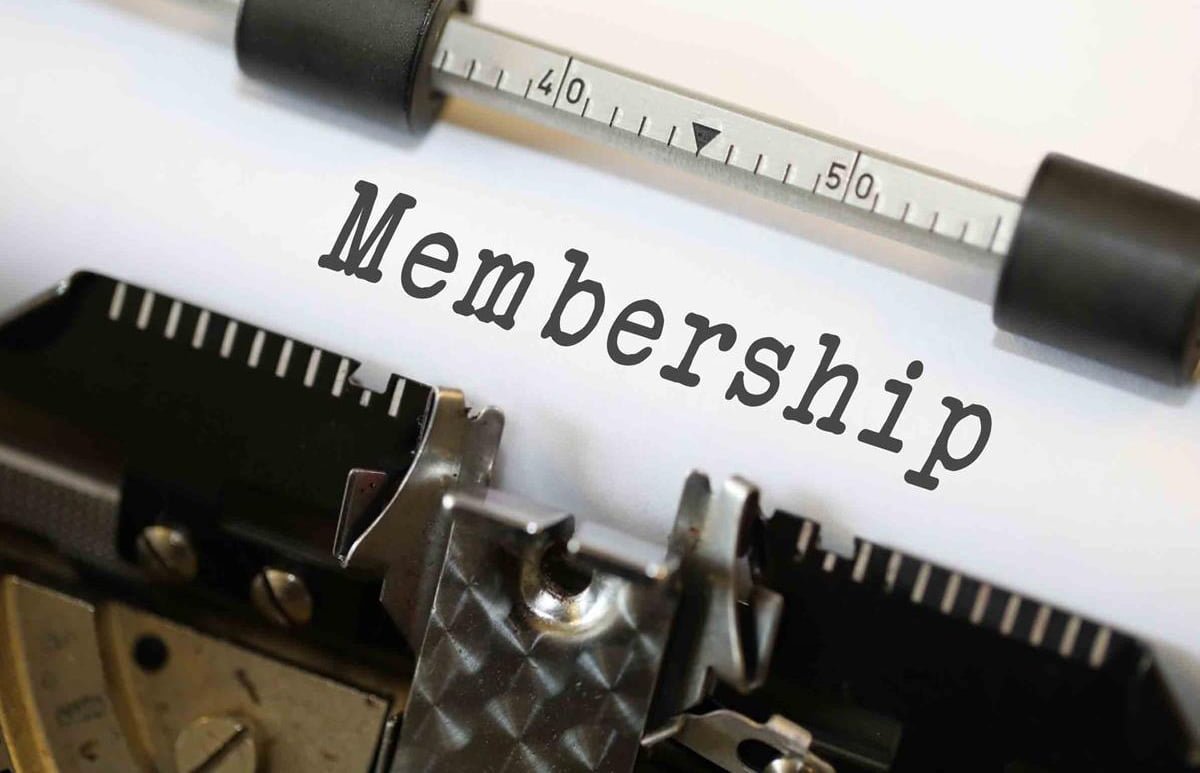 The time has come for SAHANZ membership renewal. The SAHANZ Committee is very grateful to those who have supported the Society over the years. Your support has enabled it to continue operating as a vehicle for communication and exchange on architectural history and the history of the built environment more generally. While we understand that COVID-19 has had many unforeseen impacts upon the lives and finances of our community, we sincerely hope that those who are able will renew membership for the coming year. We would like to welcome back people who might have let their membership lapse for a while and hope that you enjoy a renewed relationship with the Society and, of course, we are always delighted to welcome new members and look forward to meeting you and learning about your interests.

The Society offers the annual David Saunders Founder’s Grant (AUD $3000) as a way of supporting research by emerging researchers in the disciplines of architectural history and theory. The sustainability of this grant depends on funding generated through membership renewals and at this time we are needing to re-build the reserves for this. This year we have introduced the option of two-year ordinary and student memberships at a discounted rate. Further information on memberships and the 2020/21 rates can be found here. Please click here to proceed to the registration portal.

Once again, we thank current members for their ongoing support, we warmly welcome back previous members and extend a hearty welcome to those who might be joining the Society for the first time. 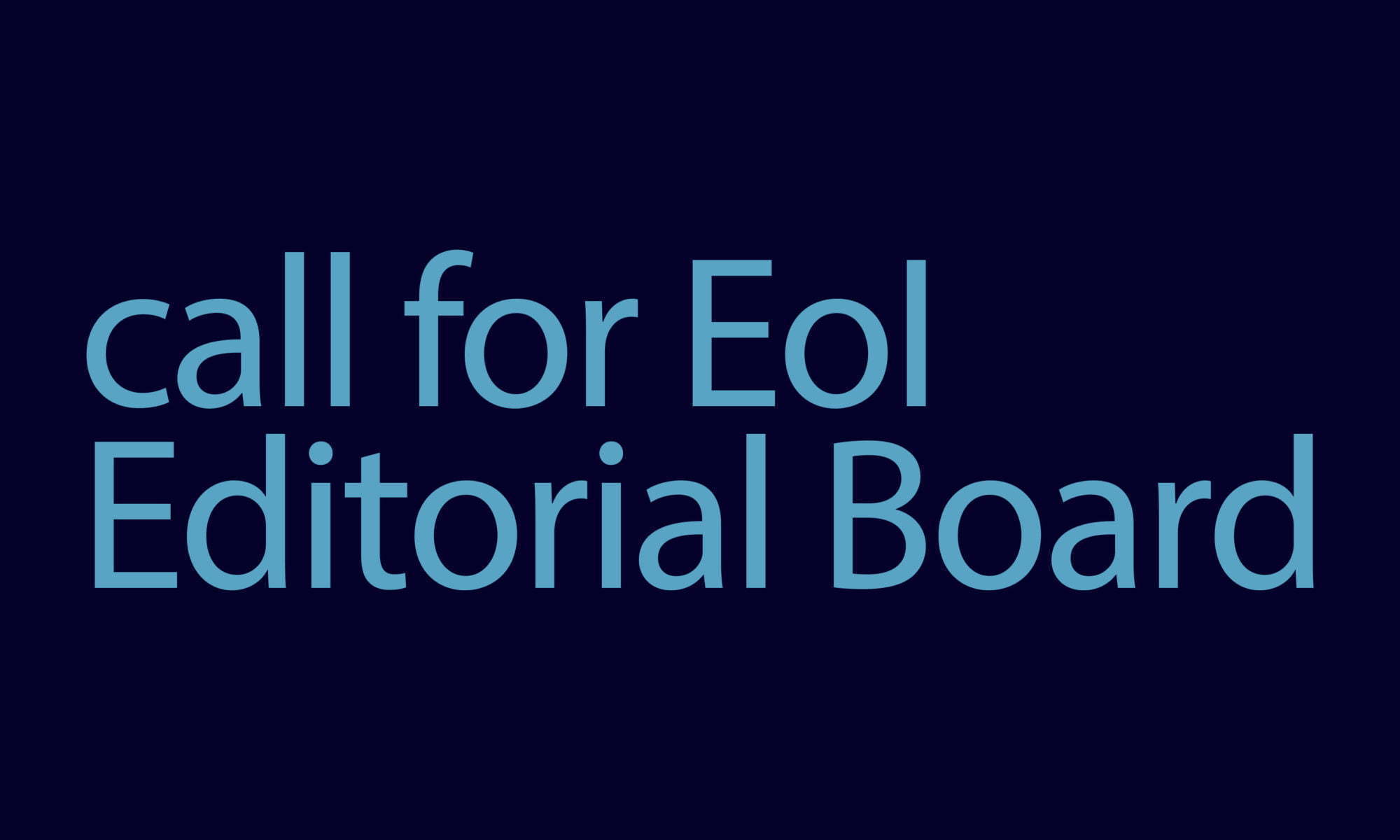 Members of the Board will be appointed for a term of six years, with all terms deemed to begin 1 July in the year of appointment. Members of the SAHANZ’s Editorial Board are expected to be financial members of SAHANZ, and to operate under SAHANZ’s Editorial Board policies, which can be found at https://www.sahanz.net/society_business/society.html. Prospective candidates should have an established or emerging publication record and be active researchers in the field of architectural history.

Expressions of Interest are open until the close of business on Thursday 25 June. Those interested should send a short CV and covering statement, detailing any editorial and publishing experience to Paul Walker, Chair of the Editorial Board, <walkp@unimelb.edu.au > using the header “EoI SAHANZ Editorial Board.”